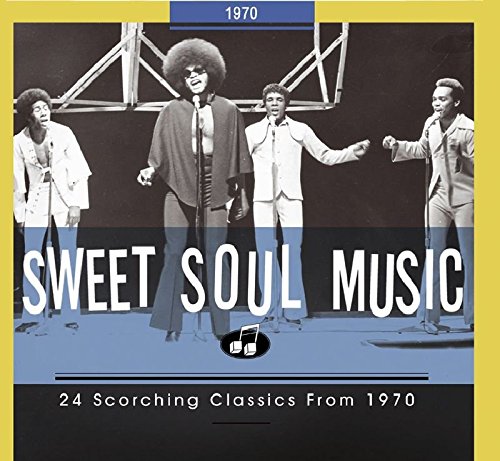 Over the course of ten spectacular years, R&B morphed into soul music with a side order of funk, and became the soundtrack to a social revolution. The riveting story of that incredible decade is told in full for the first time on Bear Family’s Sweet Soul Music series. Some record companies have compiled anthologies from their own vaults, but Bear Family has gone the extra mile… and then some, licensing classic recordings from virtually every record label at the epicenter of 60s soul to compile the greatest hits with the finest sound quality.

The second five volumes, available now, cover the years 1966-1970. Though gospel remained the bedrock of soul music, the sound was transforming fast, thanks to Motown, Stax, the regional innovations of Chicago, New Orleans, and Muscle Shoals, and the funk revolution, led by James Brown and Sly & The Family Stone. The civil rights and antiwar movements were now rolling full speed ahead, and the messages at the heart of the music were often as powerful and invigorating as the grooves themselves. The second half of this incredible story is just as fascinating as the first. Bill Dahl’s track-by-track commentary provides extensive biographical info on every artist on every disc.