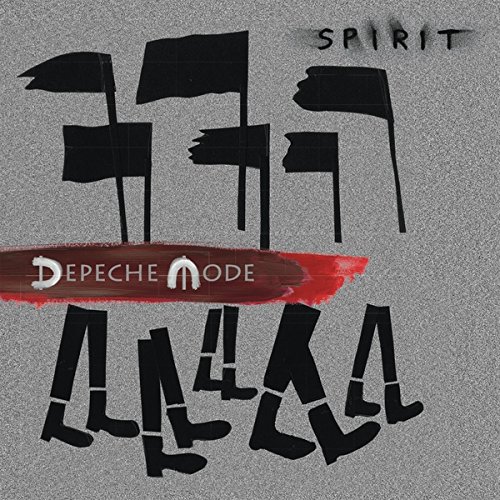 Spirit is the new album from Depeche Mode, and the band’s 14th studio release. Spirit marks the band’s first collaboration with producer James Ford of Simian Mobile Disco (Foals, Florence & The Machine, Arctic Monkeys) and is the follow up to the band’s blockbuster 2013 studio album Delta Machine which debuted at #1 in 12 countries.

Spirit will be available digitally and physically as a standard 12 track album, and a Deluxe version that features 5 additional remixes by Depeche Mode. The vinyl version of Spirit will feature the 12 tracks on the standard album on two 180 gram LPs, featuring 3 sides of music and a 4th side with a special SPIRIT etching.