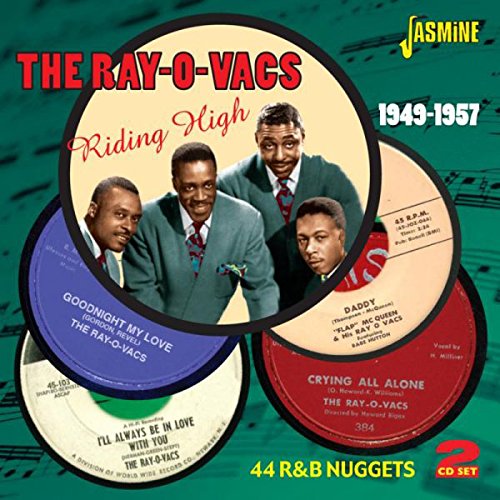 Despite their obvious popularity, very little is actually known about The Ray-O-Vacs and this is probably because the Doo-Wop historians of the 60s and 70s did not consider them to be a true vocal group and the R&B fraternity found them too pop to take much interest in. This 2CD set is the most comprehensive collection of the groups material to date and will show both factions were wrong as we present these 44 recordings little heard since their original release. The Ray-O-Vacs were responsible for the original recording of “Besame Mucho” which was a hit for the group and then later covered by The Coasters. The groups only other two charting hits “I’ll Always Be In Love With You” and You Gotta Love Me Baby Too” are also included here. Includes the solo releases by lead singer Les Harris for the first time on CD and it has to be said that everything on offer here is highly sought after amongst group collectors so this really is a must have. Fully detailed liner notes.