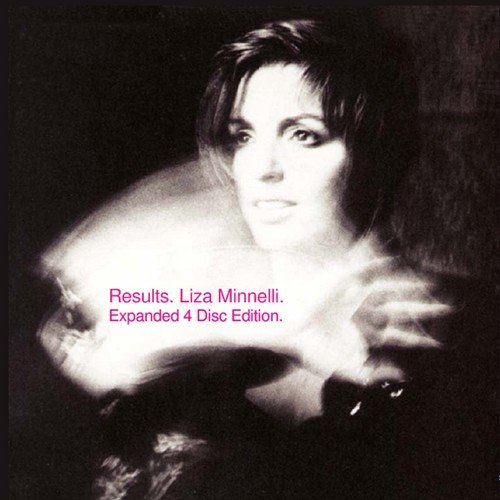 The combination of Broadway theatricality and pop sensibility has, perhaps, never been combined so flawlessly than in the 1989 collaboration of Liza Minnelli and the Pet Shop Boys on this her 9th studio album, Results, re-issued herewith as a fully expanded 4-disc collectable box set edition! With an actorly conviction and dramatic vocal delivery, Liza infused the synth-pop genre with an unnervingly real reading of lyrics throughout a collection of songs that seemed to underscore the persona of a vulnerable woman of a certain age; a sometimes victim, sometimes survivor of both emotional torpor and celebratory spiritedness. As a coming together of two musically disparate worlds, “Results” was a partnership of equals with huge mutual respect that in terms of Liza’s recording career delivered unprecedented commercial success in the shape of 600,000 European sales and a No. 6 chart position in the UK for both the album and the lead single, a dance pop re-working of legendary Broadway composer Stephen Sondheim’s ‘Losing My Mind’ from his hit musical Follies. “Results” achieved Gold status in both the UK and Spain. Liza’s delivery sounds unreservedly lush both in the simpering melancholy of her recount of destructive relationships in the aching ballads ‘Rent’ and ‘So Sorry, I Said’, or in their contrast with similarly sultry narratives with irrefutably infectious rhythms, as in the dance orientated singles ‘Losing My Mind’, ‘Love Pains’ or ‘Don’t Drop Bombs’ and all of their associated, officially released remixes. This edition of “Results” provides the hitherto most comprehensive collection of such remixes; the original 10 track album now comes with 21 remixes, some of them rare and never before released commercially or on CD. But that’s not all; as this truly is a deluxe edition there’s also a richly illustrated 40 page colour booklet with essays written by playwright Barney Ashton (Andy Bell Is Torsten) that tell the story of the album itself and give insights into all it’s component songs. Completing the package is an expanded DVD edition of the original promotional video collection “Visible Results” but this time with two additional exclusive tracks; a UK TV appearance of Liza performing ‘Love Pains’ and the promotional video for Liza’s last single for Sony, 1993’s ‘The Day After That’.

One thought on “Results: Expanded Edition”