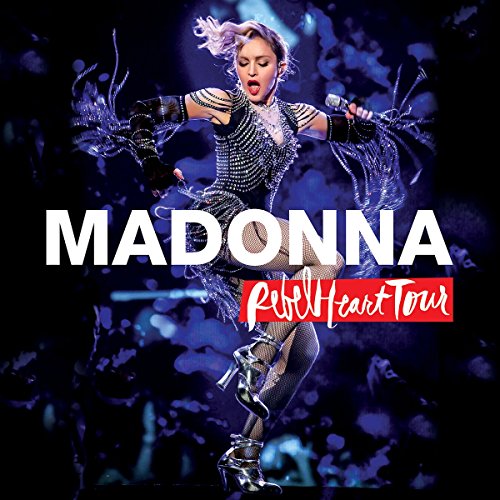 The live double CD from Madonna’s record-breaking Rebel Heart features 22 tracks, performed around the world on her 10th global trek. This spectacular is everything (and more) you’d expect from The Queen Of Pop.

The tracklist spans Madonna’s entire career, including songs from her chart-topping Rebel Heart album and classic fan favorites. Reimagined versions of some of her biggest hits make this the latest unmissable chapter in a lifetime of breathtaking creative achievements.

The Rebel Heart Tour played arenas in 55 cities on 4 continents over 7 months, totaling 82 shows, plus the special Tears Of A Clown fan club show in Melbourne. The envelope-pushing performances and production drew over a million fans, making Madonna the highest grossing solo touring artist and top female solo artist of all time.