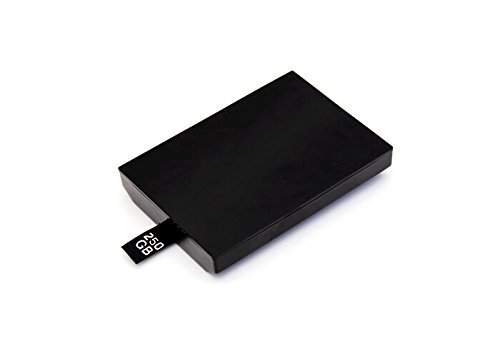 Product Featureï¼š
1.Compatible with Xbox 360 slim Consoles ONLY.
2.Plenty of space for the content you want
3.Download games, demos, and extra content from Xbox LIVE
4.Download movies in standard- and high-definition, as well as television shows, game trailers, and more
5.Save your game, Xbox LIVE gamer profile, game demos, and custom soundtracks
6.Rip CDs, save photos, games, movies and more

Note:
As the manufacture, it needs some space for the xbox system, so the actual storage is less than 250GB, it shows about 228GB, wish your understanding.This Xbox 360 Slim 250GB Hard Drive is the best option for media enthusiasts on Xbox 360. With this, you will have more room to store your entertainment.